The past year has been chaotic. Between pandemic-related shutdowns and wildfires in California, the beverage alcohol industry has faced a gamut of challenges across all three tiers. With this article, we wanted to look at the effect on the supplier tier superficially. With many smaller suppliers dependent upon on-premise sales (through tasting rooms, brewpubs, and distilleries), it’s logical to surmise the industry would see increased supplier closures similar to the results in the on-premise.

Using bw166’s Label Inquiry tool, we’ve compiled data on how many suppliers have submitted COLAs to the TTB from 2016 through 2020. This data allows us to identify suppliers that have consistently filed COLAs year over year, when suppliers have first filed COLAs, and identify suppliers that filed previously but not in the current term. While there are limits to this dataset (i.e., not all beer products require a TTB COLA), the consistent measurement over time allows for a reasonable degree of confidence in the results. 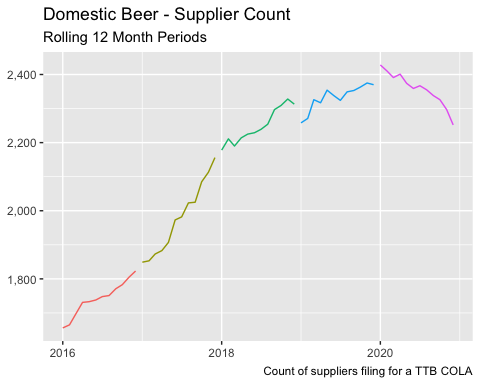 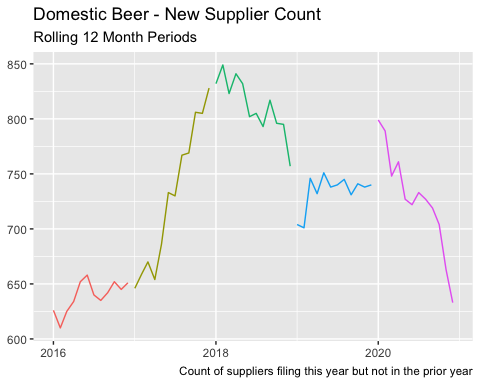 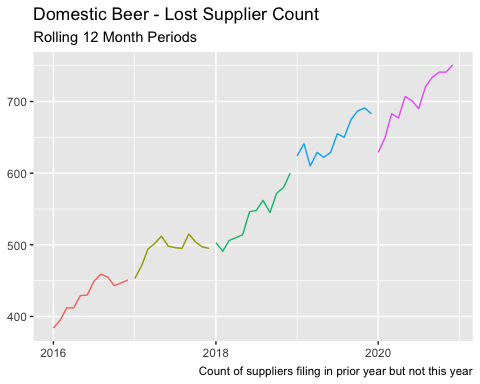 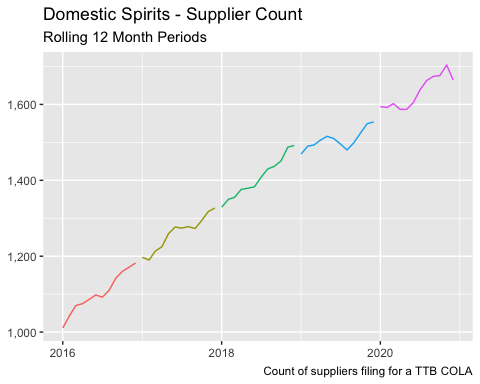 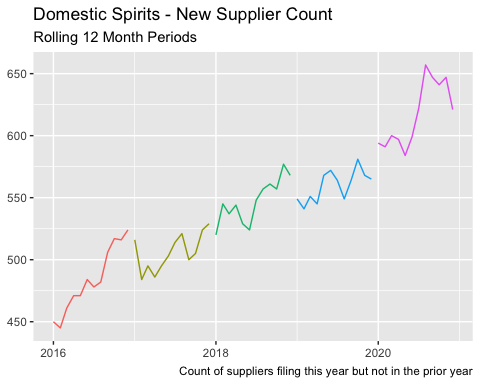 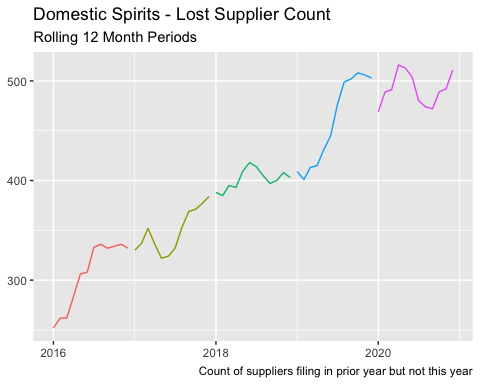 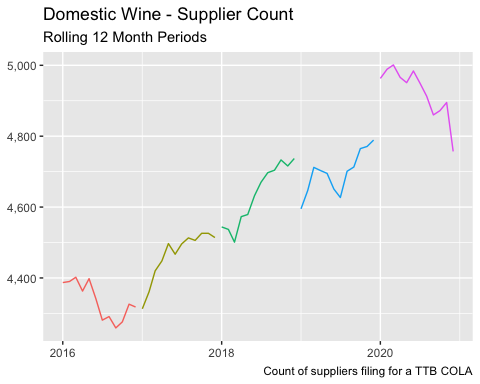 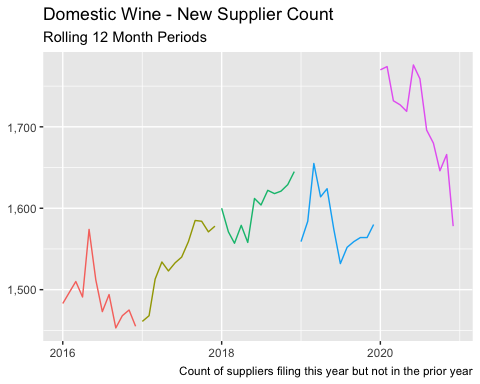 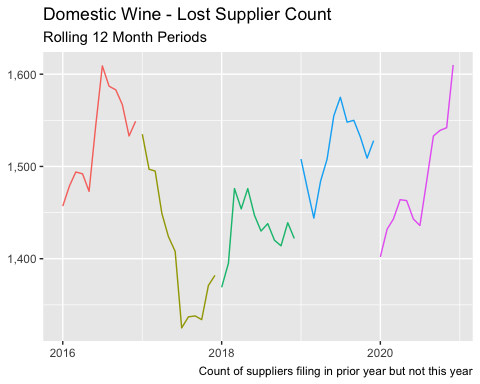 For more granular insights and data about Product Approvals, subscribe to the Label Inquiry by bw166 or visit our website at www.bw166.com.